‘Colours and lines are both an obsession and a tool towards freedom. I am in a continuous search to free myself through coloured lines: it leads me to my genuine identity.’ 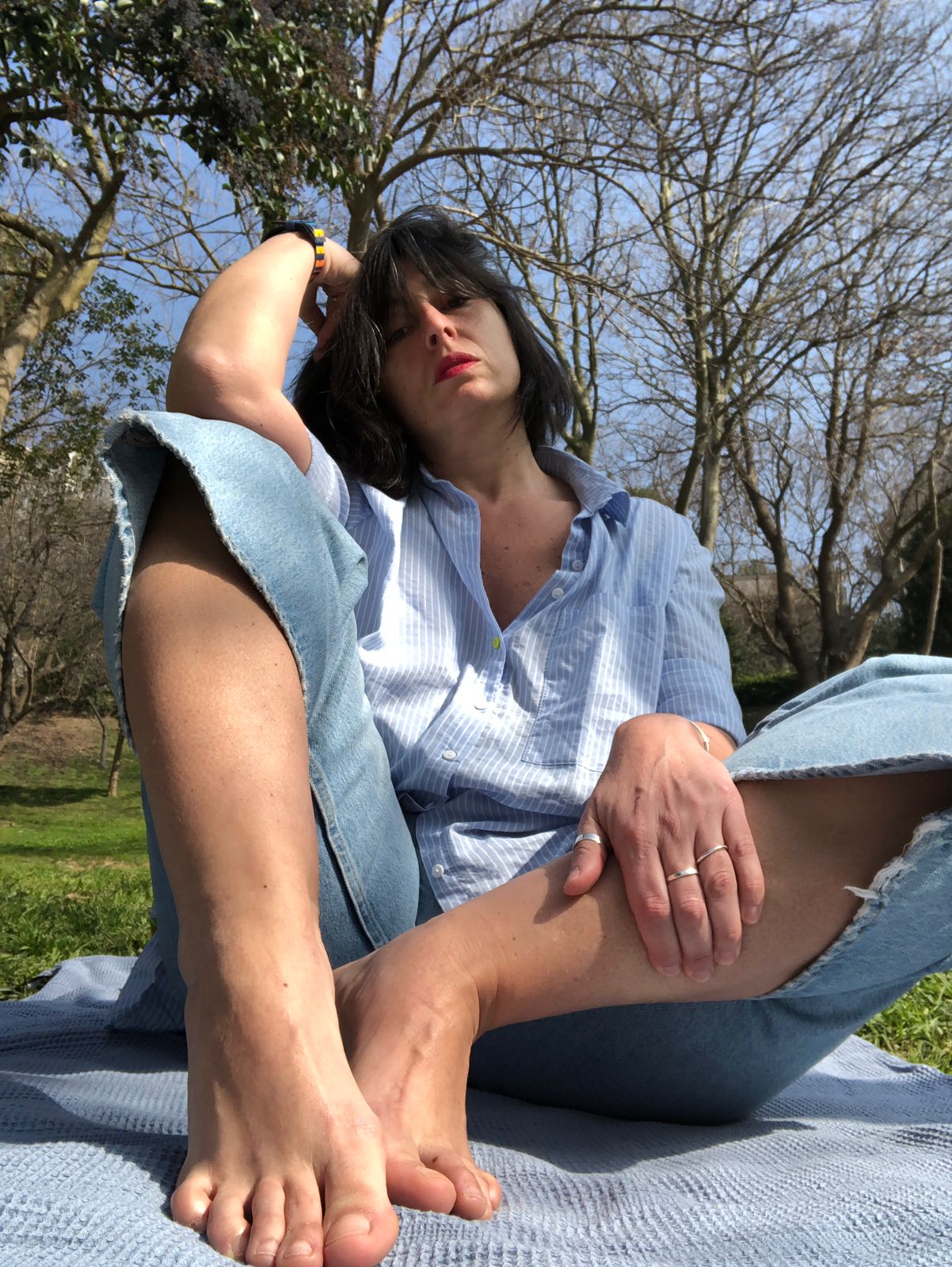 Rola El Hussein was born in 1978. In 2003, she graduated from the Lebanese University of Fine Arts, but was unable to proceed in practicing her painting passion. Instead, she devoted her time to working in different countries to support herself financially. Coming from Lebanon, a country that has always suffered from severe economic and political crises, it has been a continuous challenge for Rola to pursue her artistic goals.
Five years ago, she was able to take a one-year leave. During this time, she returned to painting. When her leave ended, Rola had to go back to work, and it was during the pandemic, that she was able to return to her artistic passion. A few months ago, she decided to resign her job to commit herself fully to her artistic development.
Rola’s paintings, which mainly feature the use of acrylic, oil, pastels and craft paper, are a visual expression of her introverted personality. This aspect of her personality has directed her to engage in interior-looking, indulging in personal topics such as balance, melancholy, obsession and even boredom. For her, discursive value lies in delicate beauty, such as the simple details that bring comfort and mindfulness to her life. She further explains: “My artwork helps me understand that for me, achievements are simple, not far, and related to the small and few things that matter to a single and independent 43-year-old female poet.”
Outside painting, she has written and published four poetry books, two novels, some short stories, and many articles in several newspapers. Her narrative work has been described by critics as “individual, free, and intense”, qualities that also apply for her visual artwork. Rola notes that through painting, she is achieving a close translation of her poems, creating a sort of canvas-diary. Her work was exhibited in 2019 at the ART on 56th Gallery, and in an online exhibition for KAF gallery, both in Beirut.