Self-taught, he did not attend the Beaux-Arts, he threw himself entirely into art, guided by a visceral need to paint and an inspiration that pushes him towards colour. At 18, he decided to call himself Geuz. This is when his career really started. Geuz refers to a measuring instrument and reflects the strength of his conviction as an artist. This name now appears on all his paintings. 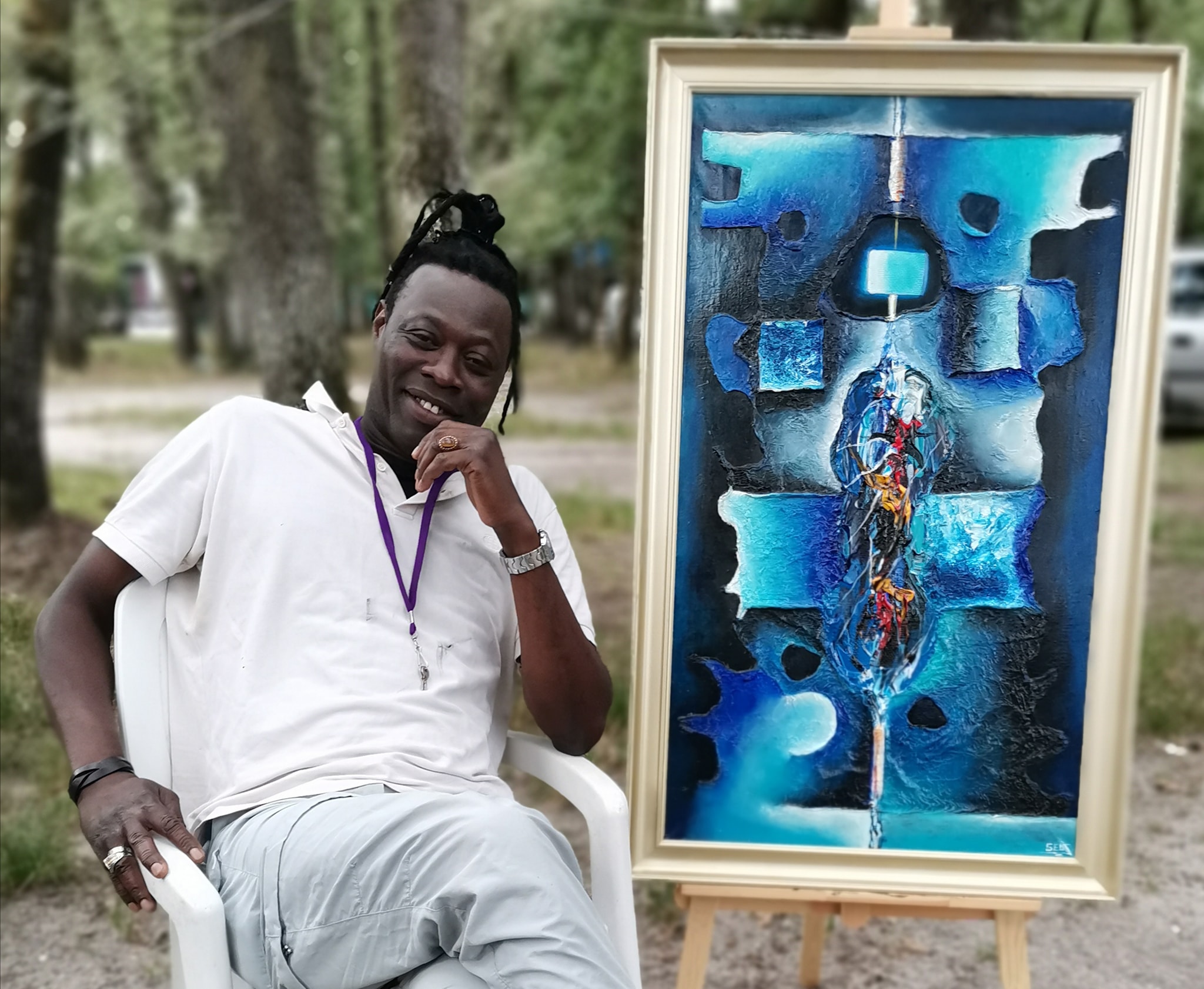 At the age of 15, Papa Gora Seck started drawing and took a course in decoration and screen printing. Born in the Médina, a popular neighbourhood in the heart of Dakar, Senegal, Papa Gora Seck comes from a large griot family that has given birth to some of the great names in Senegalese music, including the singer Youssou Ndour and the percussionists Mbaye Dieye Faye and Ngoma Ndiaye Samb. Geuz is the grandson of El Hadji Mame Mbor Faye, winner of the President of the Republic's Arts Prize in the 1970s. After secondary school, Geuz joined the workshop of the silkscreen artist Ousmane Diaw, to develop his technique and express the graphic ideas that sprang up in his mind.
In 2002, his career as a painter was recognised through the creation of a giant canvas on the epic of the Lions of Teranga (Senegalese national football team) for the World Cup in Korea. In 2004, his works were exhibited in several cities in Senegal: the National Gallery in Dakar, the CRDS Museum (Centre de Recherche et de Documentation du Sénégal), the Franco-Senegalese Alliance in Ziguinchor (Casamance), as well as in Abidjan in the Ivory Coast and Marrakech in Morocco. In 2005, Geuz organised a group exhibition ``Homage to Léopold Sedar Senghor`` at the Musée Théodore Monod (formerly IFAN) in Dakar. Invited to participate, the Swiss artist Beatrix Kilchennmaan Bekha, specialised in ``Paper Art``, wrote about this experience in the book ``Echange culturel : récit d'un voyage au Sénégal``, published by Publibook in Paris. 2006: Exhibition at the international fair in Dakar. Creation of a fresco in the presence of the Senegalese President Abdoulaye Wade.
2008 and 2009 : Best artist award at the Sm'art Aix en provence exhibition
2009 : Liénart Fair Belgium
2010 Salon Estampa Madrid
2012 : IFAN Museum Senegal
2014 : Dakar Biennial, DAK’ART
2016 : Exhibition ``Transcendance culturelle`` with the Bordeaux artist Sophie Garapon, Place de la Victoire, Bordeaux
January 2017: Blue Fox Coffee exhibition, Agen
March 2017: participation in a group exhibition, INFREP, Bordeaux
Tools used for my art:
Kitchen utensils: knives, spoons, etc... I also use acrylic paint. I can work with everything nature offers me.