Satellites of Art Collaborates with UNCCD to Raise Awareness Around Drought 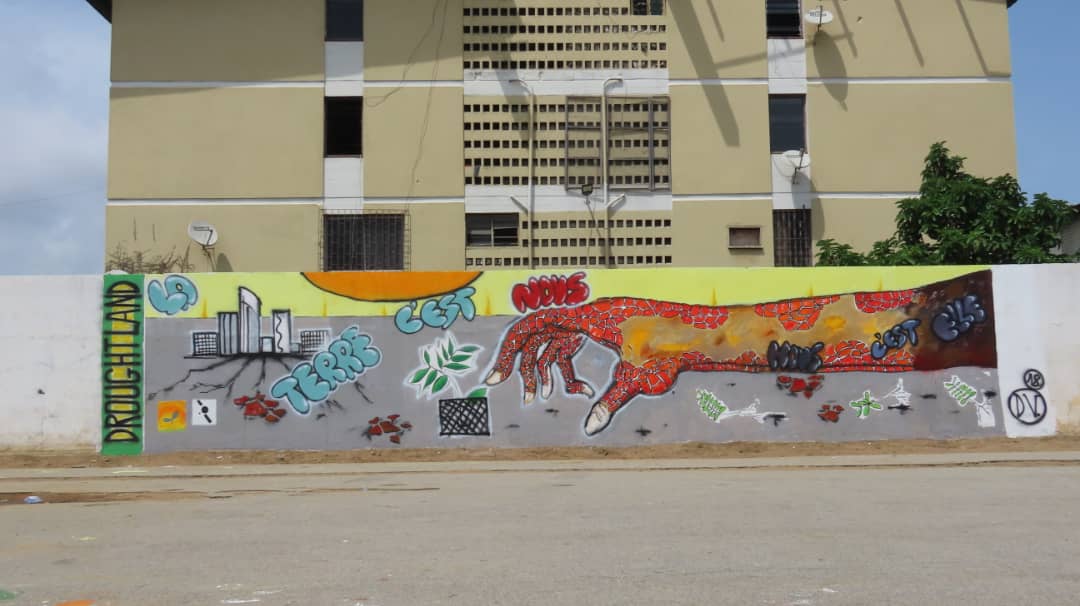 Satellites of Art Collaborates with UNCCD to Raise Awareness Around Drought

On the 11th of May, to mark Drought Day and the start of COP15 in Abidjan, Côte d’Ivoire, UNCCD released Drought in Numbers, 2022, a report calling for full global commitment to drought preparedness and resilience.

Ibrahim Thiaw, Executive Secretary of the UNCCD underlined the importance of promoting public awareness about desertification and drought, and letting people know the problems can be effectively tackled “through ingenuity, commitment and solidarity.”

In line with this, UNCCD launched “Droughtland”, a public awareness initiative. For this, Satellites of Art collaborated with Host Creative to create a mural in the Boulevard Giscard d’Estaing in Abidjan. The campaign will be featured during UN Desertification and Drought Day (17 June), hosted this year in Madrid, Spain.

The mural, which depicts Bana Vincent Deve’s interpretation of drought is intended to drive consciousness and to show attendees of COP15 and locals how drought could impact their countries. Its exposure on one of the main boulevards in Abidjan invites everyone to reflect on how we manage our land.

The new UNCCD report notes that 128 countries have expressed willingness to achieve or exceed Land Degradation Neutrality. And nearly 70 countries participated in the UNCCD’s global drought initiative, which aims to shift from reactive approaches to drought to a proactive and risk-reducing approach.

You can read UNCCD’s press release here or watch the video of Bana Vincent Deve making the mural here. 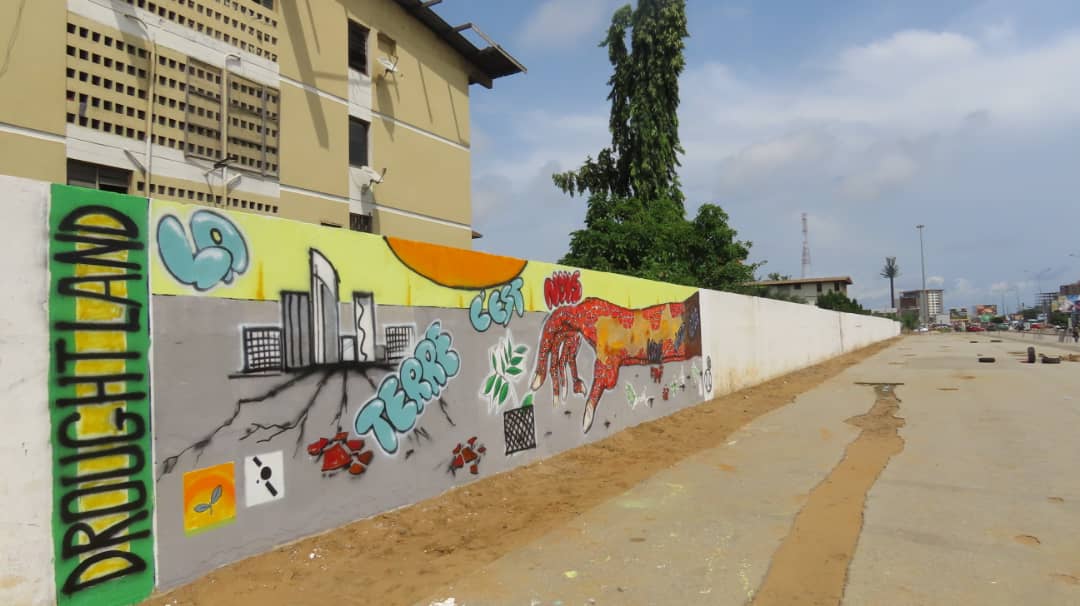